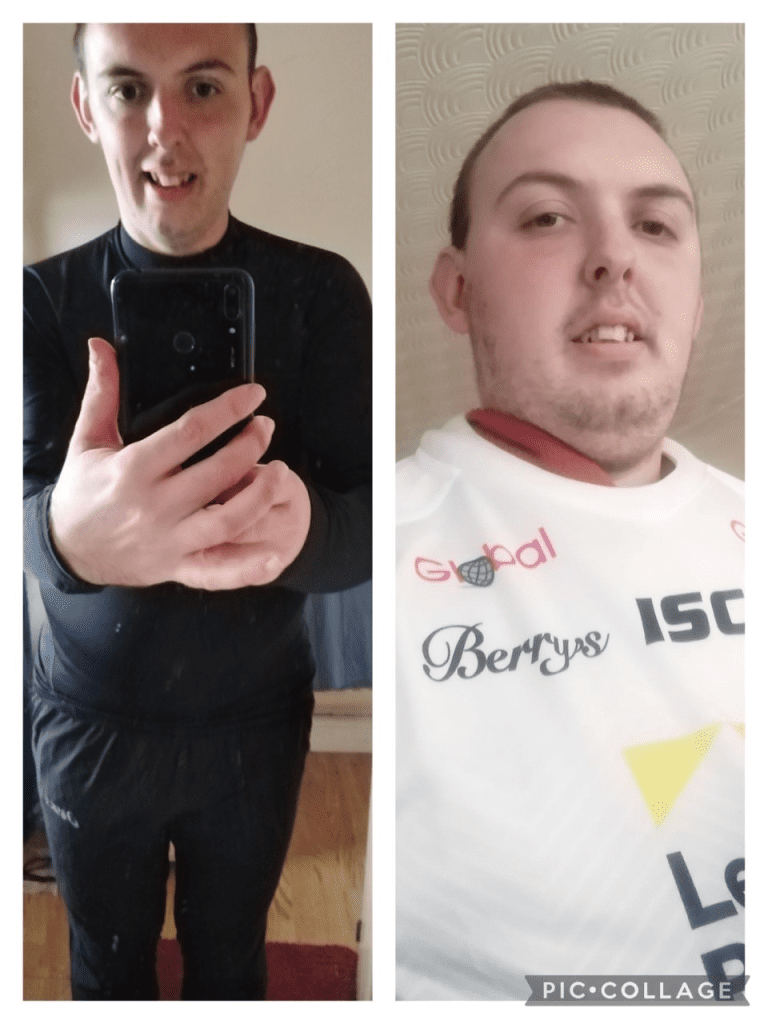 During lockdown, the Estates team member at the UCNL decided to make some positive changes to his lifestyle for the better. After losing a friend to mental health, Jamie looked at his own personal circumstances and challenged himself to look at his diet and fitness and combine this with raising funds for charity.

“I never really took exercising seriously before in my life, when I think back, I was overweight and severely lacked fitness. My diet was pretty poor in comparison to where I am now and I have changed myself for the better, no doubt about it. My exercising is a lot more regular, as well as doing my training for the upcoming half marathon event in Boston, Lincolnshire on Monday May 31st. I am also walking a lot more and even using the walking as recovery days before going back in the next day or 2 for another running effort.”

After starting his own fitness regime initially, Jamie soon enlisted on the help of the fitness app, Couch to 5k. Jamie admitted that he struggled to be able to run for a minute at a time before changing his ways and his dedication has now enabled him to run 13 miles! With his newfound positive mindset, Jamie has also reduced his weight from 18 stone to a much healthier weight of 13 stone!  An initial target was set at £200 but Jamie has already raised over £1000 and said,

“The amount of support from my friends and family to spur me on has been fantastic.”

“My aim of the fundraising is to try and make a difference for the better. I am hoping that my fundraising can help get more people the help they may need. I am hoping more people can be trained up to be in these places of help and support, so for anyone out there struggling can feel like they can talk to someone, when they are feeling down and need some help.”

“I know there are several fantastic charities out there, who do offer help for people who are feeling down and need someone to talk with. I also want anyone who feels down and struggling, for them to be able to think they can speak out about it and that they shouldn’t feel ashamed about it. I know from past experience that coming forward and speaking out about your struggles is the hardest part. I know the lockdowns have had a massive impact on a lot of people’s mental health and obviously it’s a massive concern. I have offered my help and support to a lot of people during this extremely difficult time for everyone. I have tried to make people feel as ok as possible, it’s really an important thing for me.”

Another ambition of Jamie’s is to inspire people to follow a similar path to the one he has taken and says,

“If I can make a difference that inspires people, then that for me would be absolutely fantastic.”